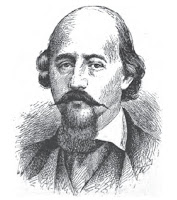 Once the disaster of Garnett’s defeats in Western Virginia became known, Richmond dispatched a new commander to take charge of the demoralized Army of the Northwest. When Brigadier General William Wing Loring arrived in Staunton, he was stunned to find soldiers from the First Georgia Regiment scattered across the countryside. Livid at what he considered a serious breach of discipline, Loring promptly had Colonel Ramsey placed under arrest.

William Wing Loring was born in Wilmington, North Carolina, on December 4, 1818. At the age of four his parents moved to St. Augustine, Florida. Loring began his military career at the tender age of fourteen, joining the Florida militia to fight against the Seminole Indians, eventually achieving the rank of second lieutenant. Sent by his parents to Virginia to complete his education, Loring graduated from Georgetown University in 1840. Returning to Florida, he practiced law and was elected to the Florida legislature.

In 1846, Loring was appointed as captain in the Regiment of Mounted Rifles, and was quickly promoted to major. The Regiment saw action during the Mexican War. While leading a charge at Chapultepec, Loring was hit in his left arm, and the shattered limb was amputated. For his meritorious service, Loring was brevetted to Lt. Colonel and Colonel. After the war, Loring was posted to the Oregon territory, and later served at various western outposts.

In late 1856 he was promoted to colonel, giving him the distinction of being the youngest full colonel in field command in the U.S. Army. Loring took a leave of absence in 1859 to tour Europe and the Middle East. Upon his return to the United States, he was given command of the Department of New Mexico.

With the secession of Florida, Loring sided with the Southern cause, resigning his commission in May of 1861. Traveling to Richmond, he was given a commission as brigadier general. Following the death of General Robert S. Garnett, Loring was ordered to take command of the Army of the Northwest. Loring was less than enthusiastic when shortly thereafter General Robert E. Lee arrived to take charge, as Loring had ranked Lee in the old army, and still considered him a subordinate. When in December 1861, Loring and three of his brigades were attached to the forces of General Thomas J. Jackson at Winchester, Loring found himself constantly at odds with the secretive “Stonewall.” The simmering feud finally led to Jackson preferring charges against Loring. Confederate President Jefferson Davis and Secretary of War Judah P. Benjamin decided it was time to separate the warring generals. The Army of the Northwest was broken up, and Loring was promoted to major general and given command of the Department of Norfolk, then later the Department of Southwestern Virginia. In January of 1863 he was ordered to the Department of Mississippi and East Louisiana, where he commanded a division in the army of General Joseph Pemberton. In an engagement against Union gunboats, Loring shouted to his men to “give them blizzards!” He was known as “Old Blizzards” from then on. During the Vicksburg Campaign, his division was cut off from Pemberton’s force at Champion Hill. Loring marched his troops to join forces with General Joseph E. Johnston’s, where his division was attached to the corps of General Leonidas Polk. During the Atlanta Campaign, Loring was wounded at the Battle of Ezra Church. Loring remained with the Army of Tennessee through Hood’s Tennessee and Johnston’s Carolinas Campaigns, surrendering with that army at Durham Station, North Carolina, on April 26, 1865.

Following the end of the war, Loring tried his hand at banking in New York City, then in December 1869, he accepted a commission in the Egyptian Army. He spent ten years in Egypt, ultimately earning the rank of “Fareek Pasha” (major-general). Returning to the Florida, Loring ran unsuccessfully for U.S. senator, after which he moved back to New York City. He died there on December 30, 1886, and his remains were returned to St. Augustine, Florida, and interred in Woodlawn Cemetery.

Have just returned from my trip to New England, where I had the pleasure of speaking to the Colebrook Historical Society of Colebrook, New Hampshire about the two Marshall brothers who served on opposite sides during the Civil War.  The evening went very well, and I would like to thank the members of the Society for their enthusiastic reception. 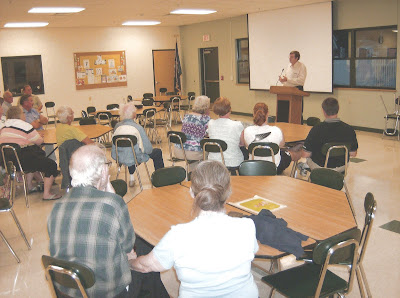 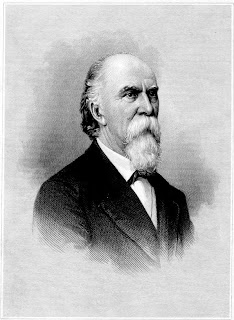 Henry Rootes Jackson was born June 24, 1820, in Athens, Georgia, son of a prominent professor at the University of Georgia. Jackson graduated from Yale University in 1839. He practiced law in Savannah, and was appointed U.S. district attorney. In an ironic twist of history, Jackson served as colonel of the First Georgia Regiment during the Mexican War. During the years between the Mexican and Civil Wars Jackson held the offices of superior court judge and United States minister to Austria. In 1860, he was a delegate to the Charleston Democratic Convention, and in 1861 attended the Georgia Secession Convention. That year he was received an appointment as a Confederate States court judge, but on July 4 he was commissioned a Confederate brigadier general. Jackson was enroute from Richmond to Monterey with reinforcements for General Garnett’s Army of the Northwest when he learned of Garnett’s disastrous retreat from Laurel Hill. Jackson was ordered to assume command of the Army of the Northwest as the exhausted and demoralized troops straggled into Monterey. When General William W. Loring arrived a few days later to take command of the Northwestern army, Jackson was given a brigade which included Ramsey’s First Georgia. During General Robert E. Lee’s failed Cheat Mountain campaign, Jackson’s brigade demonstrated against the Union fort at Cheat Pass, and was the last Confederate command to be withdrawn. On October 3, Jackson’s troops were attacked at Camp Bartow on the Greenbrier River. Unable to make headway against Jackson’s entrenchments, the Union forces withdrew, giving the Army of the Northwest a much needed victory. Jackson resigned his Confederate commission in December and returned to Georgia to accept a commission from Governor Joseph E. Brown as a state Major General. Left without a command when his state troops were transferred to Confederate service, Jackson was attached to the staff of General W. H. T. Walker, who commanded a division in the Army of Tennessee. In September of 1863, he was reinstated as a Confederate brigadier, and commanded a brigade during the battles of Jonesboro and Franklin. During the Confederate defeat at Nashville (December 15-16, 1864), his brigade was surrounded and captured. Jackson was first sent to Johnson’s Island, Ohio, then was transferred to Fort Warren in Boston Harbor. Released in July of 1865, Jackson returned to Georgia and resumed his law practice. He served as United States minister to Mexico from 1885 to 1887, but resigned in a dispute over U.S. policy. He was appointed as a director of the Georgia Central Railroad and Banking, and served as president of the Georgia Historical Society. Henry R. Jackson died in Savannah on May 23, 1898.
---------------------------------------------------
On a personal note, I will be traveling over the next week.  On Tuesday night I will be in northern New Hampshire, speaking to the Colebrook Historical Society about my ancestors, William Henry Marshall and Cummings Marshall.  Readers of this blog will remember my posts on the two brothers about how they came to serve on opposing sides in the Civil War.
Posted by George W. Martin at 9:03 AM No comments: