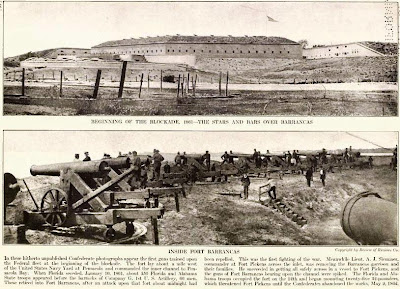 The photographs above are from Fort Barrancas, near Pensacola, Florida, and were taken in 1861. (source:  Miller's Photographic History of the Civil War)  The First Georgia was well familiar with the fort, spending much time there moving guns, drilling, and standing guard.  Below are photos I took during a visit a couple of years ago. 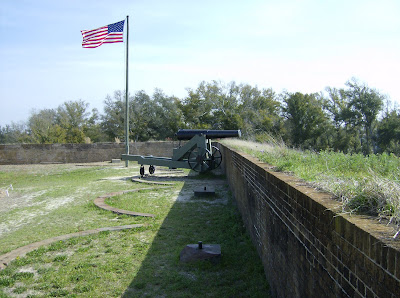